Another match is in the book, and now we are getting some much-needed rain.
Saturday started out with a forecast of 100 + temps but fortunately a high thin layer of clouds kept the temp at a comfortable level.
Four shooters brought their A game with them for the Saturday match. Wes Gamble, Brian Hickey, Charlie Young, and Dave Gamble put on quite a shooting exhibition for the rest of us with Wes edging out Brian for Match winner each with 34 hits followed by Charlie and Dave with 33 hits. Dick Hansen led the rest of the pack with 27 hits edging out Bill Clendenen also with 27 hits.
After the main match, we shot the 1200 yd buffalo and 4 shooters, Brian Hickey, Deith Allies, Doug Mollman and Shane Kraft were in contention to shoot a shoot off each with 6 hits until Shane spoiled their fun, connecting on his last shot (hitting his last 4 shots) to finish as the buffalo shooting champ with 7 hits out of 10.
Sunday brought cooler temps, but more wind with it. Champ to Chump was the theme of the day as more than a few shooters went away from the 800 and 900 yd targets with great scores, only to be baffled trying to figure what was going on in the upper atmosphere the bullets were traveling through to get to the 1000 yd targets.
Shane Kraft, capitalizing on his momentum from the previous days buffalo win kept things together long enough to win the Day 2 match championship with 27 hits edging out Wes Gamble also with 27 hits.
In the end, it was consistency that paid off for Wes Gamble as he won the overall championship by 6 hits over Charlie Young.
Laurie Keller’s consistency earned her first place in the lady’s division both days and Dick Hansen traveled all the way from California to take home 2 fourth place trophies in the men’s division.
As fun as the shooting was, it was even more fun to be able to do it with friends again this year.
Brian Schwend 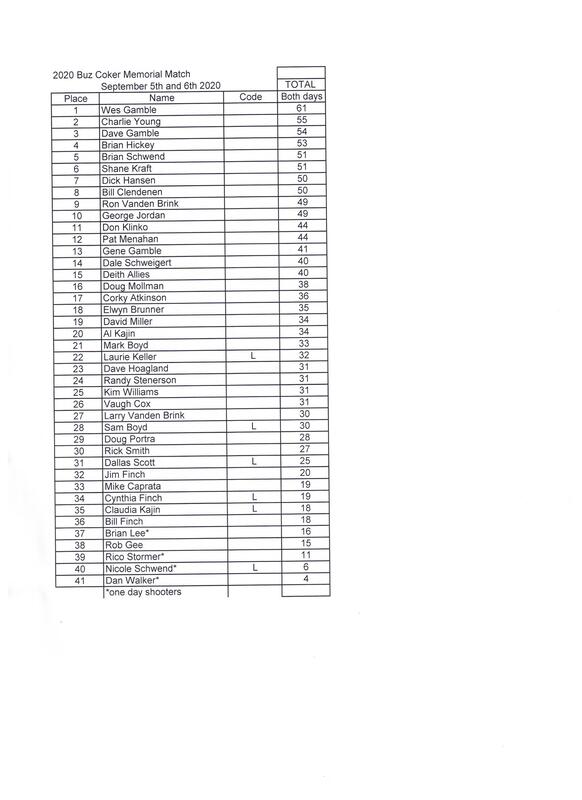 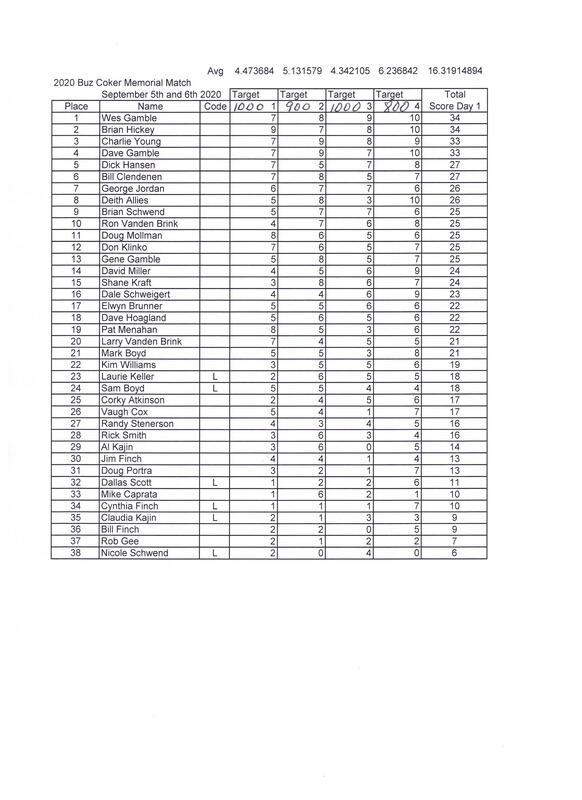 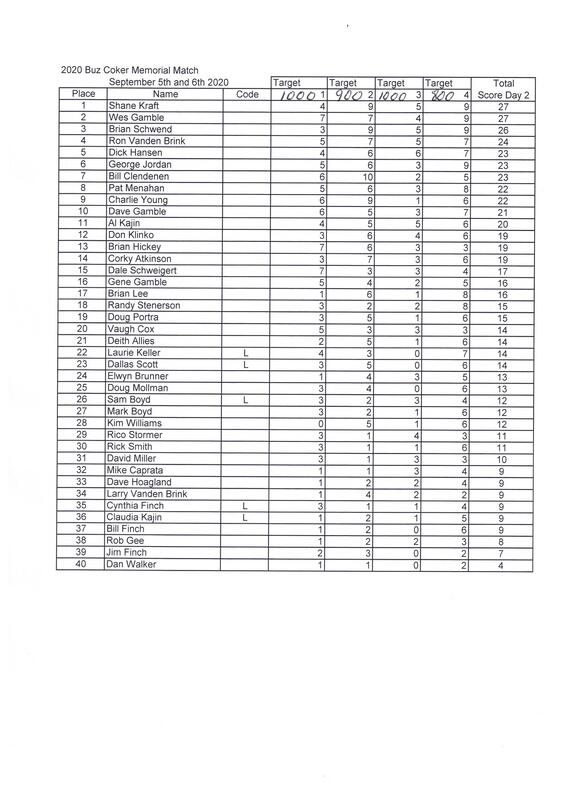 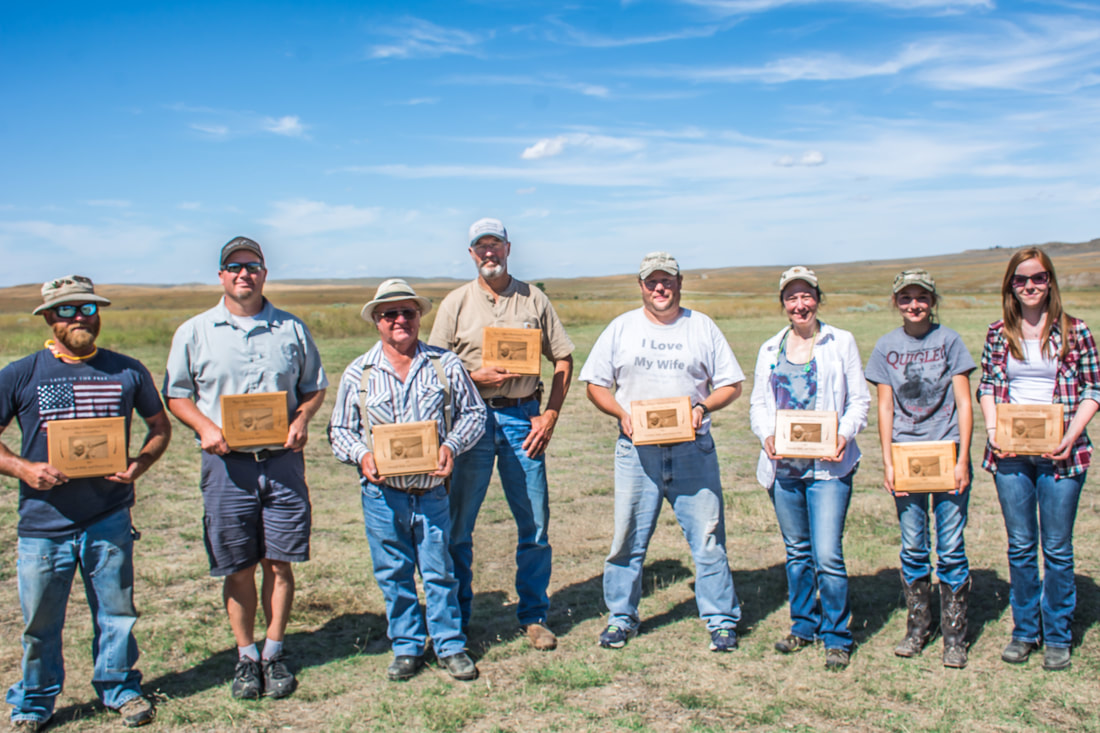 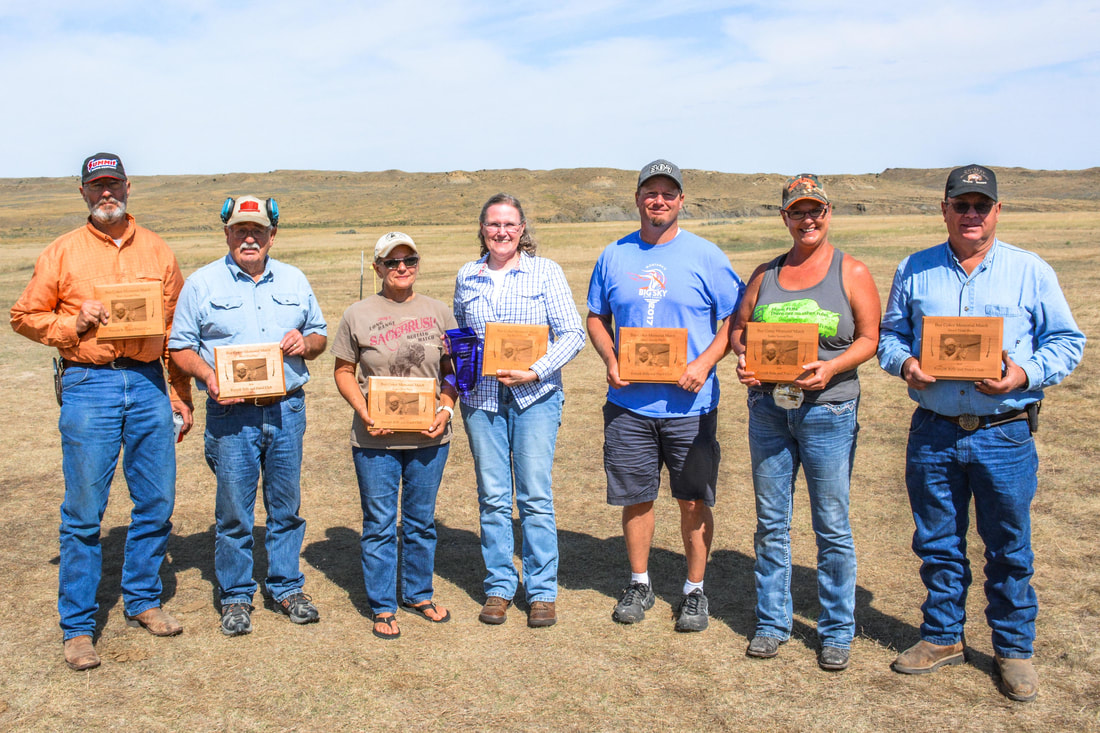